EPS honoured to receive awards from the Mission to Seafarers

EPS’ers from Singapore were in attendance during the 2022 Seafarers Awards organised by the Mission to Seafarers.

During the event, EPS was honored to be presented with the Glass Award for our 2022 Around the World Sammy Ofer Centennial Celebration Fundraiser, which raised over S$1.5 million for the Mission to Seafarers.

The nomination described the EPS Life at Sea Programme including our reimagined accommodations, professional mental health support, onboard gymnasiums, in-house culinary consultant and coaches, and so much more.

None of these recognitions would have been possible without the collective efforts of  our 6000 strong workforce and the maritime community who helped make the fundraiser a success. A big thank you to everyone who contributed to our two meaningful awards! 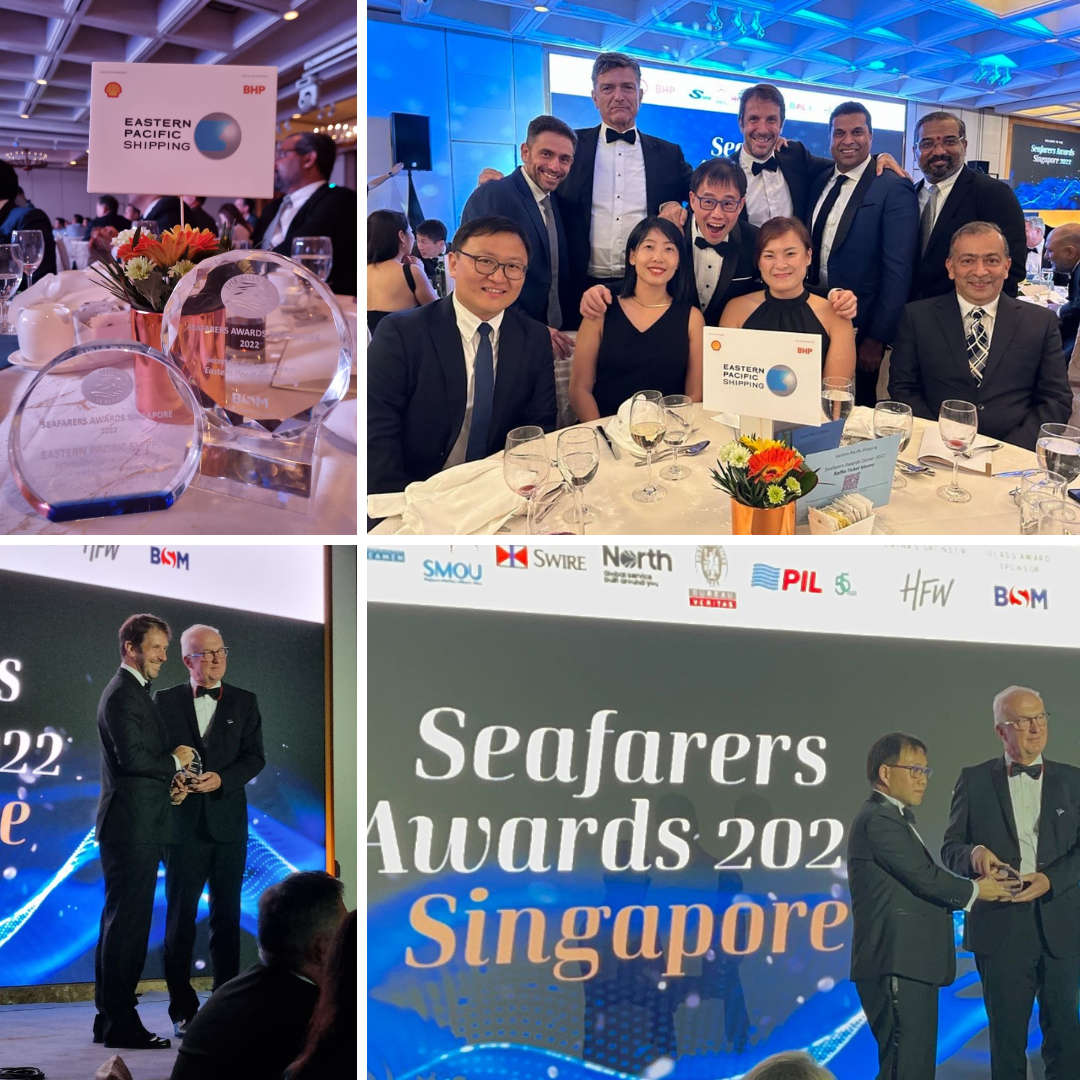 Upper left: The Glass and Secretary General Award side by side