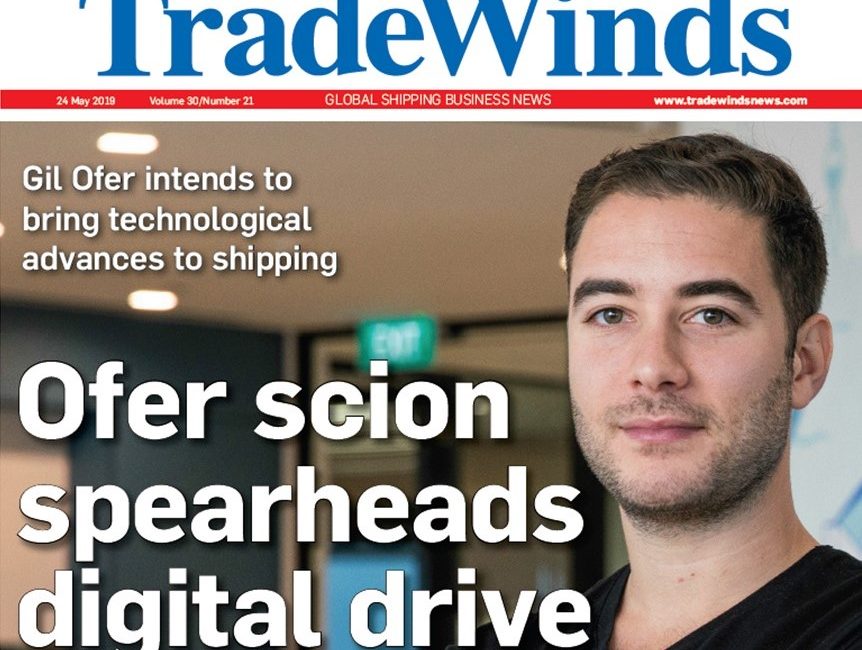 One of the new tech-savvy generation of the Ofer family at Eastern Pacific Shipping has taken up the task of bringing innovation to the Singapore-based shipping industry through a joint project with giant US seed accelerator Techstars.

Gil Ofer has been joined at the EPS MaritimeTech Accelerator Powered by Techstars (EPMAT) by Dhritiman Hui, Techstar managing director in Singapore.

EPMAT is inviting applications from 10 companies to undergo a three-month programme of research and development, mentorship and collaboration in the Eastern Pacific offices, where they will be surrounded by investors and people from across all shipping sectors.

Applications are being accepted until 7 July, and each start-up will pitch its newly polished business to potential investors or partners during a demonstration day next February.

Ofer represents the younger generation working their way up the ranks of a family-owned shipping dynasty founded by the late ­Sammy Ofer. After graduating from Harvard in 2017 with a degree in economics and sociology, he co-founded tech-media company IMGN Media, before joining Eastern Pacific as business development manager last July. ­EPMAT was launched in January this year and he assumed his new title of head of open innovation in April.

Hui’s career began in the corporate offices of AP Moller-Maersk and the BW Group. He spent nine years with BW Ventures as director of investments before joining Techstars last June.

“Going from the ­dynamic, fast-­mov­ing tech-­media industry to shipping was a bit of a shock,” he ­admits.

“Walking around the ­office, I could see that while people were not against change, there was a corporate inertia that prevented it from happening. The same issue was also relevant at sea.

“I quickly under­stood that we needed to do something to redesign and revamp our processes, the way we work, how we take advantage of technology.

“To do it from new would have taken five years. Then I met Techstars and was intrigued. Why spend the next five years developing a corporate venture on our own when we could leapfrog ahead and do it in one?”

“My career has been a mix of shipping and investing,” he says. “I have always been interested in start-­ups and new technologies.

“Coming from a shipping background, I have always thought that there is a fantastic oppor­tunity to do stuff with technology to improve the industry.

“Techstars has a ­phenomenal reach from within the tech space, so it was a great ­opportunity to team up with Gil and Eastern ­Pacific.”

Hui tells TradeWinds that shipping has been largely overlooked by tech innovators, while the journey for start-ups in the industry can be quite challenging.

“If a start-up is consumer-­aimed, it is possible to experiment at a low cost,” he says. “It is different when they need to experiment onboard a ship. They therefore have to partner with a large vessel operator. They also recognise the benefits of working with such a partner.

“Investors and venture capitalists are willing to fund much more than before. While they are always looking for new verticals to invest in, they like to invest with large brands.”

Techstars, whose portfolio has market capitalisation of more than $18bn, fits that bill, as does Eastern Pacific, with a managed fleet of around 100 ships spanning many sectors.

Ofer and Hui say it is too early to know what will come out of the process. They claim to have ­received a strong response from start-ups within the shipping space, as well as tech companies not necessarily working in the maritime field that are looking to see how they can adapt their technology to the industry.

“We are talking to a whole lot of people worldwide,” Hui says. “We are having a lot of back-and-forth conver­sations with these ­entrepreneurs.”

As they wait to see what innovative ideas EPMAT will generate, Ofer and Hui share some of their own ideas with TradeWinds on how shipping could benefit from technology.

Hui suggests that better interfaces between shipping companies and cargo owners, using software designed round what the customers require, would be of great value, as would improvements to workflow processes ashore.

He is especially interested in the potential for new designs and materials used for building ships.

He suggests that better inter­faces between shipping companies and cargo owners, using software designed round what the customers require, would be of great value, as would improvements to workflow processes ashore.

He is especially interested in the potential for new designs and ­materials used in shipbuilding.

Ofer is keen on the development of sensors and software to optimise the management of vessels at sea in the short term. “Why should we not be like other industries that have shown that it can be done in real time, like the aviation industry?” he asks.

In the longer term, Ofer sees ­autonomous ships as the area where technology can provide the most value.

“Perhaps the biggest contribution an accelerator programme such as EPMAT will make will be to provide shipping with a new, ­innovative culture that will make it a lot easier for the industry to ­attract young people,” he adds.

“I don’t think fresh college graduates are looking for a role in shipping. A fresh perspective is needed to bring in the younger generation, both in offices and at sea.”

Both partners have agreed to run EPMAT for three years. If it proves successful, it will be extended. 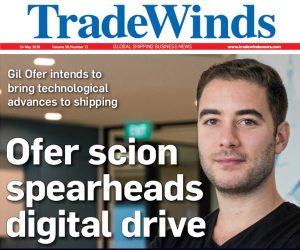